Can you earn as a Twitch streamer? How much money do Twitch streamers make? Let’s go through this guide together to have an in-depth look at how Twitch works and how much you can earn from it.

How Much Money Do Twitch Streamers Make: Is It Viable Online Income?

Gaming is not only a leisure avenue nowadays but an income source as well.

Yes, you heard that right! With millions of people playing games daily, others have found this to be a gold mine.

Twitch, for instance, has become an income source to many, and today we will answer the question, “how much money do Twitch streamers make?”

Gaming is a domain that is not growing old anytime soon and will continue to evolve. It’s also a great way for kids to make money while doing something they love.

Over recent years, the gaming industry has grown rapidly thanks to technological advancements and online platforms such as Twitch.

At Financial Wolves, I am focused on income strategies that will help you achieve financial freedom and live a better lifestyle.

I use Personal Capital to monitor all my side hustle income and net worth. It’s completely free to use and has helped me improve my personal financial planning.

Twitch is an online video streaming platform dedicated to gaming-related videos. The platform has been gaining significant popularity as many gamers become obsessed with watching games.

All this traffic means that there is money to be mined. Although it’s always easier said than done, you can make some awesome money on Twitch.

However, it is necessary to note that this is not a get rich quick scheme.

Twitch streamers generally make money online through content creation, just like YouTube streamers. However, there are several unique ways to make money on Twitch, some of which many of us wouldn’t know.

But there is no need to worry, as we will go through some of these methods pretty soon.

To make money on the platform, you have to be a Twitch Affiliate. Twitch Affiliate is essentially a partnership program, and you must meet specific requirements to qualify as an affiliate. You can start with a premium membership, which you gain automatically through Amazon Prime.

Becoming an affiliate is not the end. You need to be a Twitch Partner to access various available monetization options.

Some of the requirements necessary to get to the partner level include: 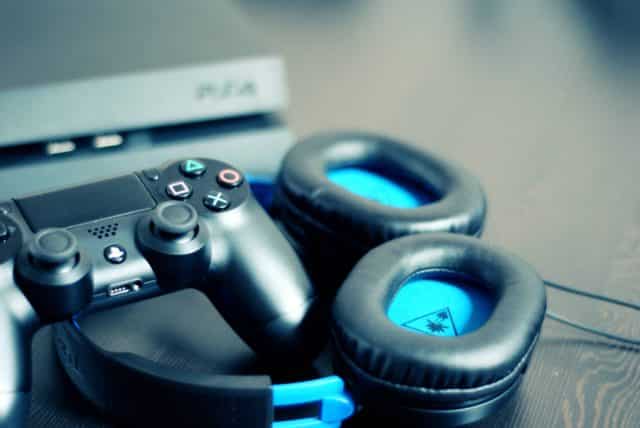 5 Ways to Make Money On Twitch

Taking a look at the various income channels offered by Twitch streaming will shed light on much money Twitch streamers make. Professional streamers on Twitch rely on various way to generate income to ensure that they have a steady income.

Some people rely solely on streaming for a living and have made significant sums of money online from it.

However, it is essential to understand Twitch won’t just pay you automatically for posting a video.

The amount of money that you can earn on Twitch depends on your earning channels rather than just the number of streams you make.

If you are seeking to get paid to stream on Twitch, then consider some of the following ventures.

With Twitch, ads work similarly to other sites such as YouTube. On Twitch, streamers make money per ad through a CPM (cost per impression) model, which is widely used in online advertising.

The term cost per thousand impressions is also applicable. It is a model that is used to determine how much will be paid to run an ad.

For instance, if an advertising company/individual charges a CPM of $2, it means $2 ought to be paid with every 1,000 impressions.

Currently, Twitch CPMs range from $2 to $10, but these prices are seasonal and do change frequently.

Besides, it is quite hard for the public to know the exact CPM cost since streamers will not disclose it and are not allowed to share this information.

While streaming on Twitch, you can add several ads during the streaming period and increase your earnings.

However, as much as this might sound like a good and smart option, placing too many ads to your stream can have the opposite effect. Too many ads will turn off the viewer, and they might quit from the stream or, worst of all, unfollow you.

Want to learn how I make money with advertising? Sign up for my free income course:

Many games are available for purchase through Twitch. Streamers can provide their audience with a chance to watch them play the game. As they play the game, an ad to purchase the game would appear for the viewer to click. With every purchase made, 5% of the revenue goes to the streamer’s account.

Are you wondering how much money Twitch streamers make through game sales? Let me help you do some quick math and check whether it’s a viable venture.

Assuming you have a thousand subscribers, half of them may watch you play the game, and maybe a hundred decide to buy. If the game goes for $20, this means you will be paid $100.

Making money on Twitch through game sales is entirely genuine and pretty easy. How much a streamer may earn from game sales depends on the number of sales generated through his/her streaming, plus the price of the game.

See Related: How to Make Money on Quora

Most streaming sites have an option that allows viewers to tip streamers to show their love and appreciation. Twitch currently offers affiliate streamers a chance to generate some passive income from their viewers and subscribers.

Twitch makes it possible through bits, which is more like a Twitch currency.

Bits can be regarded as virtual currency that can be bought by viewers to support the streamers or channels they like. After purchasing the bits, viewers can tip their favorite streamers. Streamers generally make $0.01 per bit.

In case you do not like the ‘bits’ donation model, viewers can also make direct donations to streamers outside Twitch.

Although this is not a stable and certain channel to make money on Twitch, it can act as a plus to your total income. One professional streamer on Twitch once shared how he made $5,000 from a stream through donations.

Many factors come into play concerning audience donations. Some of them include the following:

To increase the chances of getting tips from the viewers, you should have an approachable attitude and always engage in chats. Kindness and humility will always go a long way to help you get tipped.

Streaming informative videos that will help other gamers gain a particular skill that you possess or make them knowledgeable in a specific area will significantly increase the probability of being tipped.

People are more likely to show appreciation after gaining something from a stream.

See Related: Ways to Get Paid to Code Online

Most streamers generate the majority of their income from Twitch through subscriptions. Twitch offers the option to either follow or subscribe to a channel.

Following a channel means you get notified whenever a streamer is about to stream. You can follow a channel by just clicking the heart and bell icon.

Now, I know you might be tempted to ask, “how much can Twitch streamers make per sub?” Well, subscriptions on Twitch are paid plans that come in three tiers.

The number of subscribers to a channel will significantly determine the amount of money a streamer can earn. However, not every streamer can mine bucks through subscription. Twitch has limited it to Twitch affiliates and partners only.

For non-affiliates, streamers ought to apply to be members of the affiliate program so that they may earn income from subscriptions.

See Related: How to Make Money with on Steam 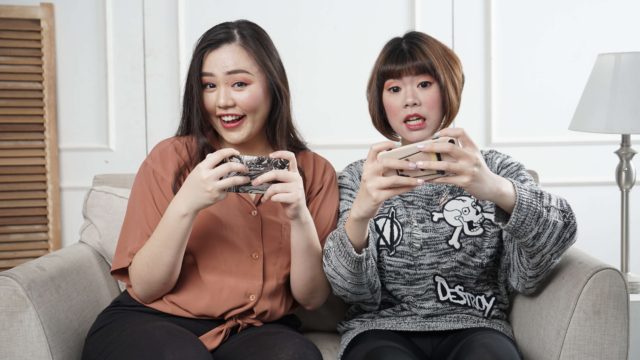 Sponsorships are always a huge deal when it comes to online content creation and streaming. Companies are ready to pay people to review their products online or have someone with an audience use their products and show it to the world.

The gaming industry is not an exception.

Gaming companies do pay Twitch streamers a considerable amount of money to promote different brands. The most common sponsorship deals involve a company approaching streamers and asking them to play their games online.

Sometime back, an article reported that Ninja, who is a well-known professional streamer on Twitch, was paid a million dollars by Electronic Arts to play “Apex Legends” on Twitch.

Other companies have also done this, such as EA Sports with Battlefield V.

The amount of money that you can make through sponsorships depends on how popular you are on Twitch, as well as the number of viewers. Popularity is usually gauged by the number of followers as well as how active a streamer is on Twitch.

In most cases, companies will approach streamers with a higher number of followers. You can also check out sponsorship networks on Google that help connect brands with influencers.

So, how much money do Twitch streamers make through sponsorship deals? Well, there is no single specific answer to that, but we can do some calculations.

Use tools like FlexOffers to partner with advertisers to become an affiliate partner. FlexOffers has thousands of brands in nearly every niche.

Read more about how it works in our FlexOffers review.

Is It Viable Online Income?

Making money from Twitch is not all that hard, and at the same time, it is not a piece of cake either. It takes patience, ambition, consistency, and creativity. It is hard to answer the question of how much money Twitch streamers make in actual figures unless you hear from the streamers themselves.

One streamer by the name Disguised Toast shared a detailed breakdown of his Twitch income. He highlighted that a small Twitch streamer with 50-100 subscribers could manage to hit the $500 a month mark.

From sponsorship and advertisements, he estimates that he can at least earn some $10,000. In short, he can make at least $20,000 excluding ads.

See Related: Ways to Get Paid for Leaving Your Computer Running

Conclusion on How Much Twitch Streamers Make

Hopefully, this post gave a sense of how much money Twitch streamers can make. Additionally, if you are looking for some online income generation ideas, I hope this post was of great help.

Who knows? Maybe you can turn your gaming passion into an income generating venture.

Beta financial perspectives entail being more of a follower with making money. You can conduct these tips on making money by learning from what others have done successfully. Use Personal Capital to monitor your cash flow and net worth.